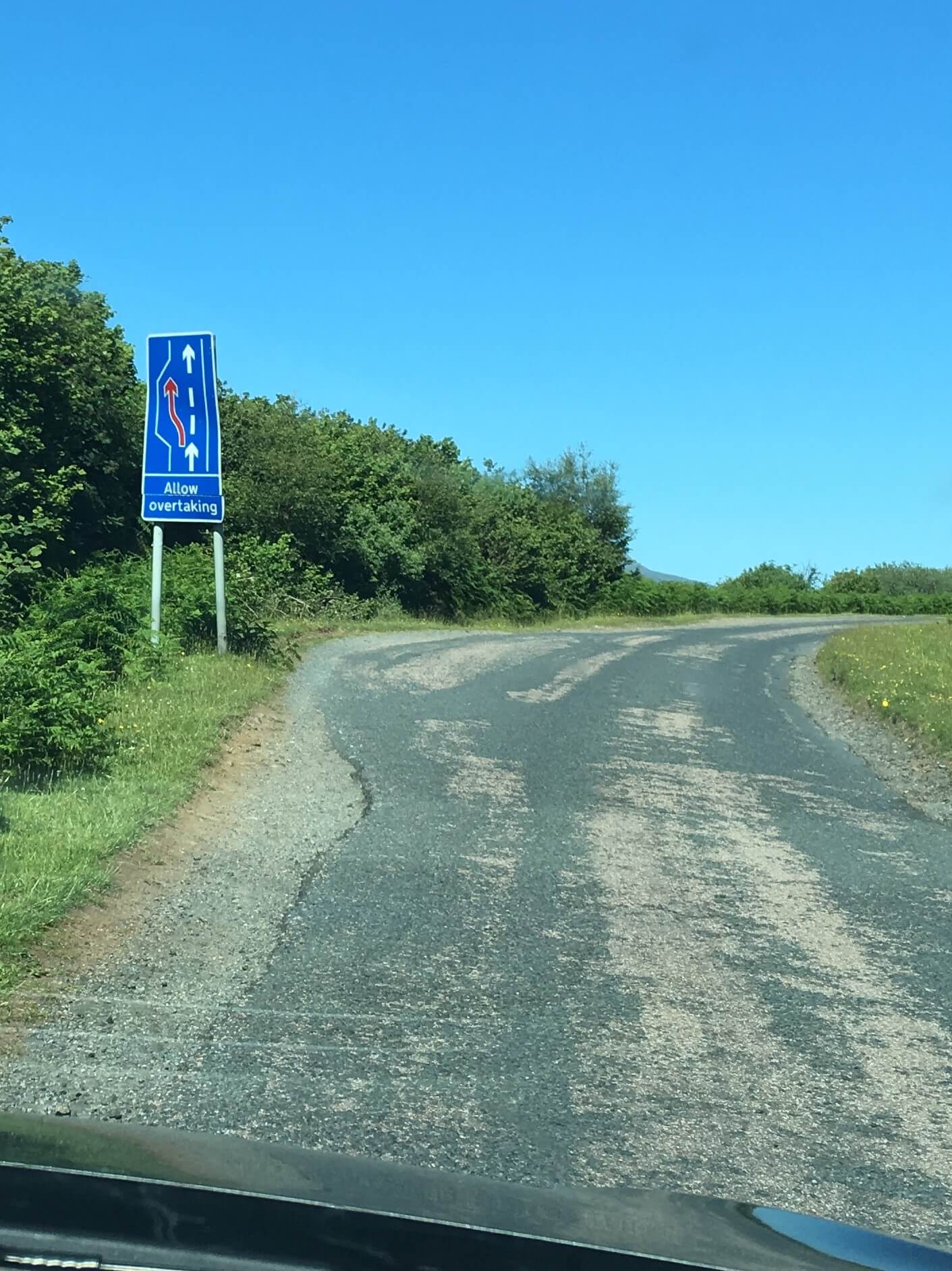 Drove 50 miles from the north of Mull to Iona last week, most of which was a single track road with passing places. That was interesting. Blind bends, blind summits, sheep, lorries – a heady mix. So, how fast did I drive? Well, on country roads, I would normally say drive at a speed where you can always stop in the distance of road that you can see. After all there may be something stationary just round the next bend. Well, on single track roads, the situation is somewhat different. There could be something coming towards you around the next bend, and they may not be driving cautiously, although in my limited experience on Mull, most people were driving cautiously. Even so, it was prudent to take bends and summits (of which there were many) vary carefully. Also, sheep had a tendancy to wander out in front of you, so they needed to be approached with much care too. Having said that, there were times when you could see well ahead at the road sweeping into the distance. Then you could get a view of what’s up ahead and plan for it.

There were many signs saying to use passing places for overtaking. I came across quite a few people either not seeing those signs (as you can see from the picture, they are quite difficult to miss) or ignoring them. I let a few lorries pass (believe it or not there was an articulated lorry delivering food to Spar shops) only to catch up with them stuck behind cars which were refusing to let them by. In one instance, a couple of lorries were held up for 10 miles. If you do see a vehicle wanting to make faster progress than you, then you should pull in at a passing place at let them past. They will thank you for it.

My Driving Test is in Salisbury

So, I will just clear the windows and drive off, right?